Eat, Drink, And Be Merry During September's Festivals

In the heart of the forest abutting the Russian River is the small resort town of Guerneville. The earliest vacationers to the area were the Pomo Native American tribe who would visit in the summer to enjoy the abundance of Salmon and sunshine. Back then they would hold drum circles and tribal gatherings to promote unity and celebrate the season.These were their Events on the Russian River. Today vacationers still swarm from near and far to gain that deep rooted feeling of unity and to celebrate the season. September is a month of festivals here in Guerneville, from the newer Unity Festival, to the historic Old Grove Festival, and the ever popular Russian River Jazz and Blues Festival. This is a great opportunity to celebrate in the sunshine and listen to live music outside before the rains come.  So come on out and eat, drink, and be merry during these September festivals! 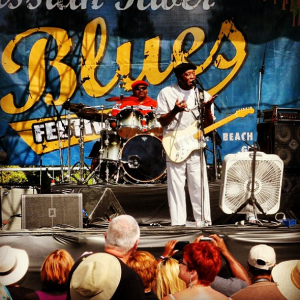 The Russian River Jazz and Blues Festival is the Russian River's biggest event of the whole year!!! This year will be the 39th annual festival! This festival is held on Johnson's Beach every year in a picturesque setting where attendees can participate in swimming, canoe trips, kayaking, camping and more while enjoying the relaxing sounds of jazz and blues music. This year the lineup will feature Dave Koz & Friends, Kenny Lattimore, War, Kyle Eastwood, Buddy Guy, B. B. & The Blues Shacks, Taj Mahal Trio, Jackie Greene, and The Rad Trads. The festival will be held on September 12th and 13th and the music will reverberate through west county all weekend! To get tickets and find out about prices Click Here. 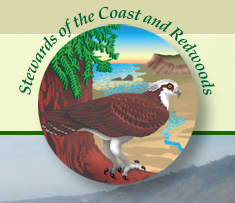 Back in the day, way before my time, in the early 1930's there was a beautiful our door theater built in Armstrong Woods beneath the ancient redwoods. For decades concerts and theatrical events would take place in the open air where people would sing, dance, and celebrate together, however in the 1980's  the theater was closed out of concern for the environment. In 2006 the theater re-opened with strict regulations and limitations on what events could be held there and the availability of parking that would help alleviate environmental impacts. The Old Grove Festival will be held on September 19th. The gates will open at 4:30pm and the show will begin at 5:30. The featured band with be "Hot Buttered Rum" with an opener by the name of "One Grass Two Grass."  General admission for members is $24 and non-members are $30, Children ages 5-12 are $10 however the first child under the age of 12 will be admitted for free with an adult. Proceeds from this event go to support educational and stewardship programs, as well as, continued advocacy for all of the State Parks.

The Unity Festival is a three day music festival that focuses on energizing the spirit and helping you reconnect with nature. Artists, musicians, dancers, and teachers gather together to inspire a growing community, promote conservation, stewardship and restoration of the planet, while celebrating unity through diversity. It is a chance for people and organizations to express and share ideas about topics such as green living, natural cures, alternative healing, and a global movement for peace. The festival will be held at 15905 River Road in Guerneville on September 18th at 12pm through September 20th at 10pm. The best part is that the proceeds from this festival will be donated to St. Jude Research Hospital for kids, Sane Start Courage Center (for abused children) and Vet Connect for disabled Veterans. To find out about the various passes and ticket prices Click Here.