All About Monte Rio on the Russian River! 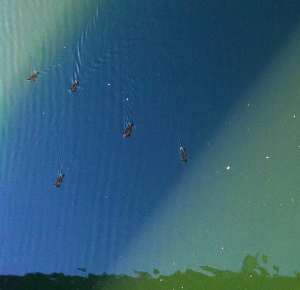 Ducks Under The Bridge In Monte Rio

Many people have never heard of Monte Rio and fewer have ever been there. The truth is Monte Rio is an adorable little town located between Guerneville and the coastal town of Jenner along the Russian River. It is known to the locals and repeat visitors as “The Vacation Wonderland” and is know for its stunning beaches and small tight-knit community. This charming little town has so much to offer.

The most common attraction in Monte Rio is, of course, the beach! During the vacation months, a variety of food is offered at a great price on the beach. Everything from a four dollar veggie burger to three dollar nachos! This is great if you are hanging out at the beach and don't want to pack up all your stuff and drive into Guerneville to eat! Also, kayaks, canoes, tubes, and chairs are available to rent for an hour or if you plan on sticking around you can rent them all day! There are also volleyball, badminton, and horseshoe courts where you and your friends/loved ones can have tons of fun participating in some good healthy competition.

Another attraction that brings many people from the area, as well as visitors to Monte Rio, is Northwood Golf Course which is located near the Bohemian Grove. Northwood is a landing spot for locals to relax after a long day and visitors to enjoy this paradise to its fullest! Monte Rio used to be the stop on the North Pacific Coast Railroad that connected Cazadero to the Sausalito California ferry. During the 19th century, loggers came and wiped out a huge amount of the redwood trees in the area. Sonoma Lumber Company preserved 160 acres of the old growth redwood trees which was later sold to the Bohemian club in 1899. This is how the Bohemian Grove began. Today the Bohemian Grove adds to the attraction of visiting Monte Rio by offering summertime fun and events in Monte Rio.

My favorite attraction in Monte Rio is the Rio Theater located across from the beach. Rio Theater used to be an army surplus store. Since then it has turned into a beautiful theater that plays new and old films! In January 1993 it was purchased by Monte Rio residents Don and Suzi Schaffert.The Schafferts also were faced with a $4,000 fine for allowing neighborhood children to perform chores in the Rio in exchange for a movie ticket, a hot dog and a drink. A judge reduced the fine by 50 percent after the parents and other residents of Monte Rio commended the Schafferts for giving the children a useful activity they enjoyed.The youths who did chores for the Schafferts also began reporting strange occurrences while they were working. Footsteps were heard coming down the stairs from the upstairs loge when no one was on the steps and no other people were in the theater. One youth said he felt an arm reach through a curtain and tap him on the shoulder as a disembodied voice said: "Excuse me." 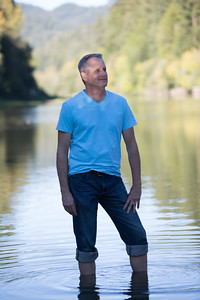 The Monte Rio real estate market has been very brisk for competitively priced vacation homes and cabins as well as larger riverfront homes for sale and private estates. Northwood Heights across Highway 116 is walking distance to the golf course and beach, offers smaller cabins and vacation getaway homes. Homes for sale in Monte have some great little getaways and river front properties. If you are interested in investing in Monte Rio Real Estate call David R. Millar (BRE#01354778) 707-217-1786 and let me find you your next home in paradise today!