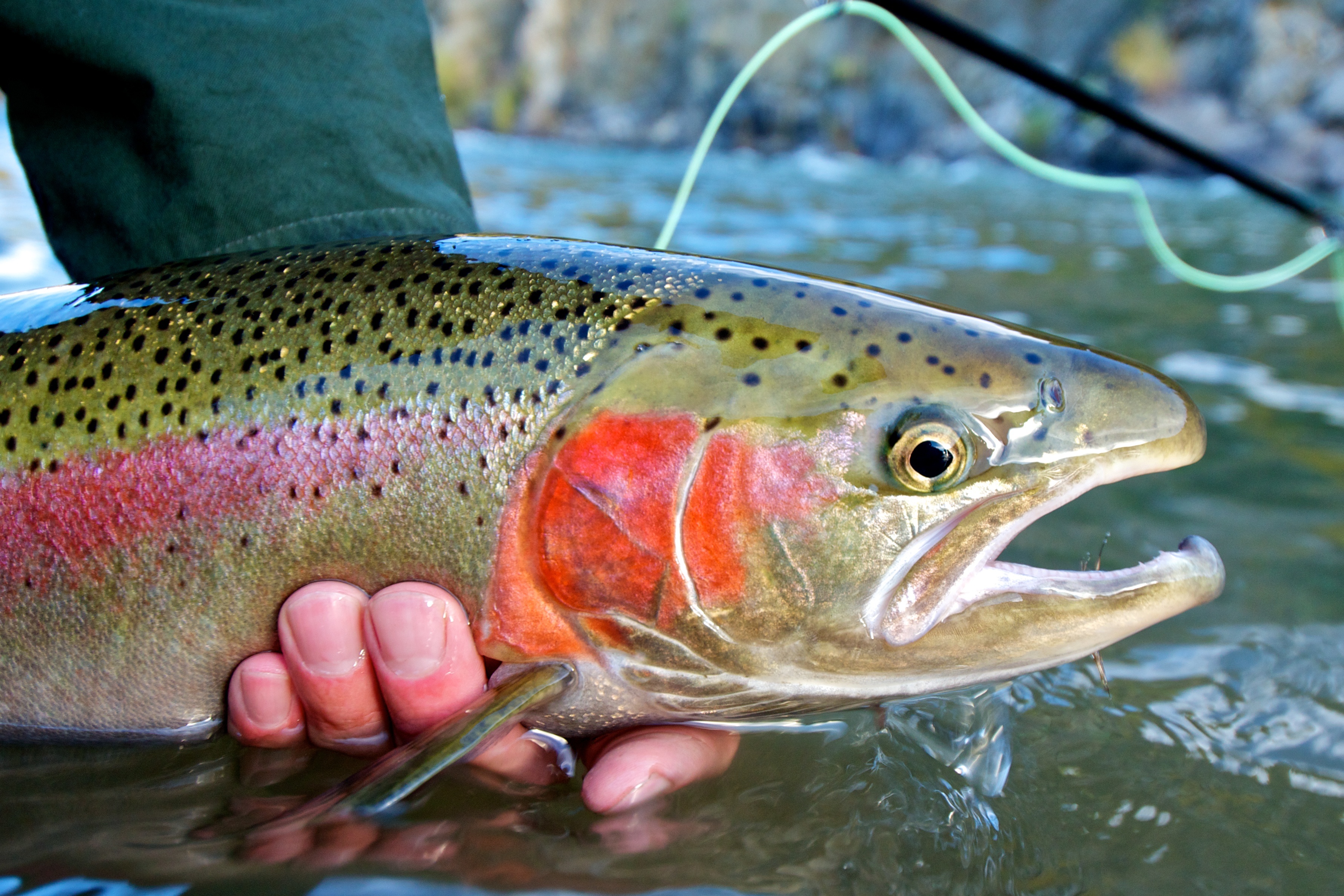 Steelhead fishing on the Russian River is a time-honored sport here in Northern Califonia.  Native Pomo Indians may not have referred to it as a sport, but a necessary part of life as would the Russians fur traders who were the first non-native group to habitat the areal.  Today Russian River Steelhead are mainly hatchery born and can be identified as such by a clipped middle fin on their back, clipped before they are released.  Native Steelhead as well continues to spawn, swim out to the ocean and return a couple of years later but have been reduced in numbers by overfishing, Dam construction, water diversion, reduced habitats and in general a change to the eco-system by logging, farming, agriculture, pollution and so on. Steelhead fishing is open year round but mainly begins just after our first big rain, sometime in late October or November.

Did you know that a portion of the Russian River comes from water diverted from the Eel River?  It happens somewhere around Potter Valley and is used by PG&E to produce electricity.  There is a controversy on whether or not the Russian River's Chinook Salmon are native or were introduced when these waters were diverted because The Russian River's mouth closes annually making it an unlikely candidate for Chinook Salmon who need year-round access to ocean waters.  The Coho Salmon are native and by all signs making a strident comeback after years of decline.  Shad, Large and Small Mouthed Bass and various smaller species are also fished on the Russian River.

The Don Clausen Fish Hatchery’s primary purpose is to mitigate the loss of spawning habitat for Steelhead Trout and Salmon due to the construction of Warm Springs Dam and each year the hatchery produces 500,000 Steelhead Trout.  There are a number of State agencies and private concerns working to protect the Steelhead Trout habitat and population.  If we continue to put our collective energy and actions towards protecting the Steelhead Trout of the Russian River their future is looking bright and us fishing fans will continue to enjoy our Steelhead Trout fishing in the years coming.  Kings Sports on Main Street downtown Guerneville is a great place to get your gear, maps and local knowledge of where they are bitting.  If you are looking for a home in the Russian River area call David R. Millar with Questions at (707) 217-1786.