Bob Pullum bought the "old bank" last May and opened the Guerneville Bank Club, which has been all the rage on the Russian River since the day they closed escrow on the building...even before they had begun transforming it into the sensation that it is today! The Bank Club has 5 different businesses operating under one roof, which is not uncommon, however they operate with such grace and in perfect synchronicity so that many don't realize that they are not all owned by the same person! This is a unique place that has so much to offer the Russian River area. 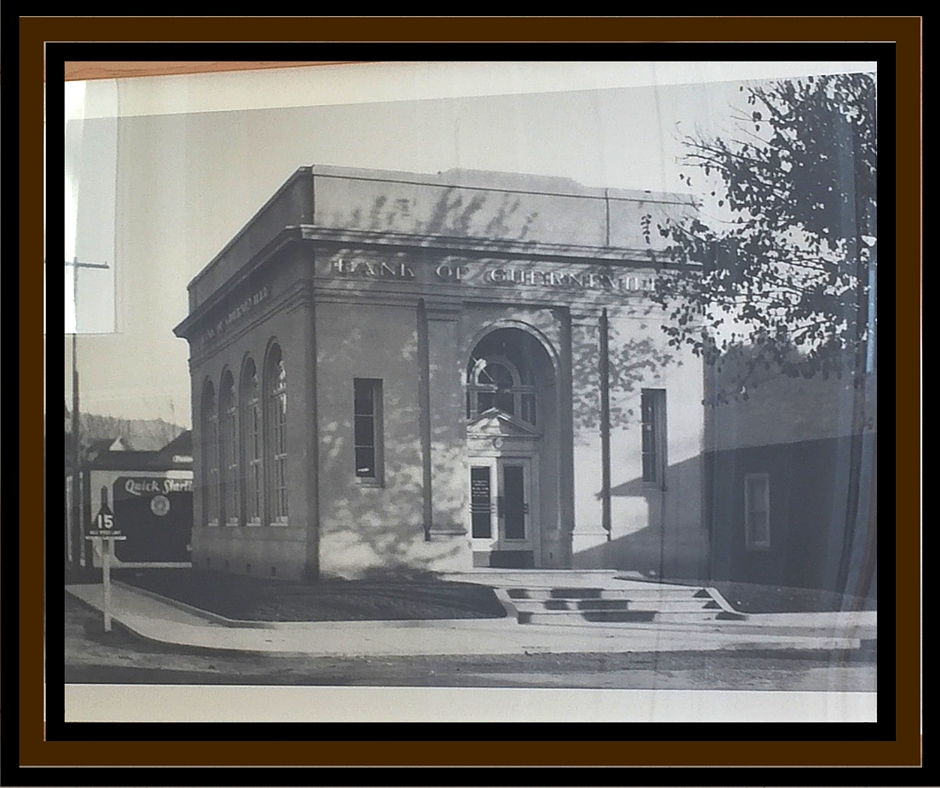 Bob grew up in South Carolina where there were two old historical banks that had left to deteriorate and he had always dreamed of someday perhaps reviving one to its original beauty.  He moved to Atlanta to attend advertising school to become an Art Designer. He later moved to the Bay Area and began visiting the Russian River on vacation. His dream of restoring an old bank had been put on the back burner due to the lack of old abandoned historical banks in the city! Then, drawn to the natural beauty and the close proximity to the stunning Pacific Coast, Bob decided that it was time for him to carve out a place of his own here. In 2000 he closed escrow on his very own vacation rental and continued to visit here whenever possible to enjoy the peace and tranquility of the area. Last year Bob was having a drink with a friend of his in San Francisco and his friend happen to mention that the owner of the old bank had passed away, they were having an estate sale, and the bank had been listed for sale. Suddenly his childhood dream had been resurrected and before too long he was the proud owner of the Guerneville Bank Club! Ironically, the Chamber had also been looking into getting the old bank to set up shop in but Bob got it and then ended up joining the Russian River Chamber of Commerce!

"As locals we need to support the local small businesses. Get out and spend time in town. The tourists bring about new and different ideas and business, so come check it out!" ~Bob Pullum 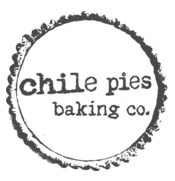 One of the businesses located within the Guerneville Bank Club is Chile Pies. The absolutely delicious pies that you can have warmed up and served with ice cream while you shop are from none other than Chile Pies Baking Co. This is a company that is based in San Francisco and is owned by the notorious Trevor Logan. Trevor has become an integral part of the Guerneville Bank Club with his gourmet pie! They serve butter crust pies and their pies are filled with the most amazing filling! If you are in town and close to the Bank Club, whether it be rain or shine, stop in and enjoy a delicious piece of pie! 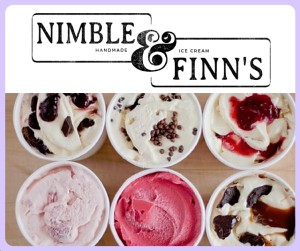 Photo Courtesy of Nimble and Finn's

Nimble and Finn's is another business in the Guerneville Bank Club that is owned by Jazmin Hooijer and her sister Leandra. Jazmin actually started making ice cream and selling it out of a cart at farmers markets. The ice cream is made with organic dairy from Straus Creamery and they decorate it with local produce, homemade jam, and candy. When the demand for her ice cream continued to increase she and her sister decided to open up a shop, and before long they had become part of the Guerneville Bank Club. We are all so glad that they did! Their unique flavors bring class and intrigue to the Russian River and create a joyful atmosphere within the Bank Club itself! 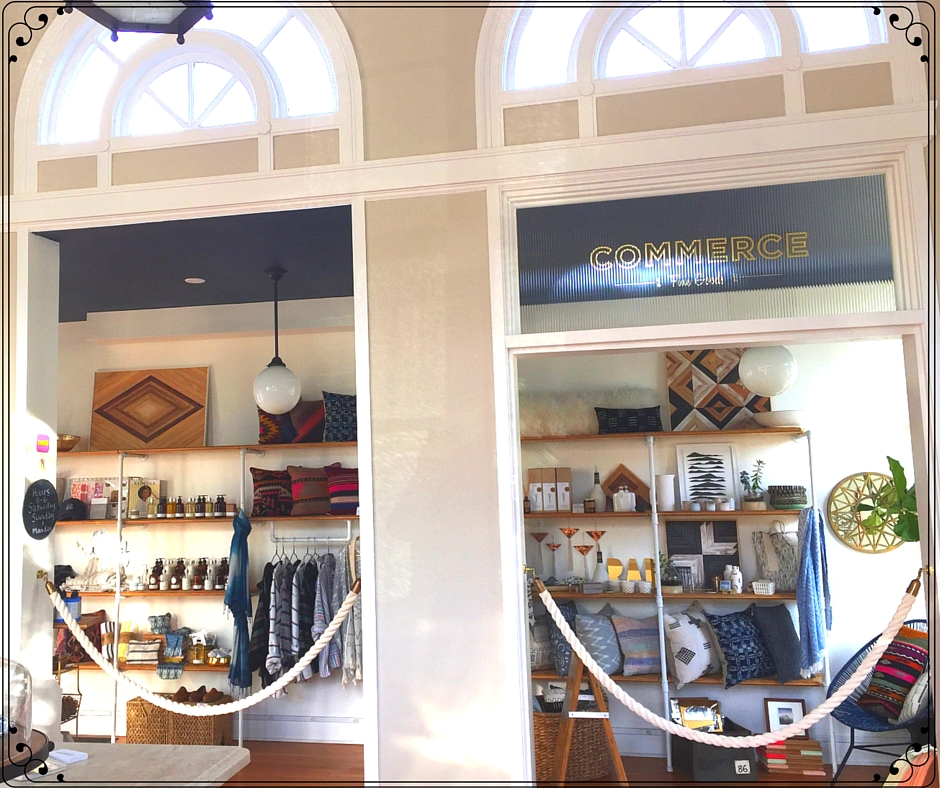 When you enter the Guerneville Bank Club off to the right is Commerce Fine Goods owned and operated by Jared Grellner, an architect, artist and stylist, and Edyta Szyszlo, a photographer and stylist. Their products are one of a kind items ranging from fashion to home decor. They have unique items from small studios and independent creators and each item has been carefully crafted. Stop in and get a gift for someone you know or decorate your home with their curated fine goods.

The Russian River Historical Society are the gatekeepers to the history of the Russian River and they have a wonderful exhibit located in the Guerneville Bank Club so that you can get back to your roots while you enjoy your ice cream and pie. They were founded in 1983 and have amassed a large collection of historical photos and literature that they keep archived for future generations to enjoy. They go to great lengths to protect the history of the Russian River and teach anyone who wants to learn everything they can about what has happened in the past.

There is actually a fifth space available currently in the Guerneville Bank Club and Bob assured me that they are looking for the perfect business that will fit right in and complete their symbiotic collection of businesses. "The bank is special," he says "because it is about creating an atmosphere that is interactive like a museum, ice cream parlor, and mini-mall all in one. It's great for all ages and there is something for everyone to enjoy...you don't have to spend anything to take a look at the Historical Societies photos and learn something." As the Russian River continues to move into the future and flourish as a destination spot for visitors from the city, the Guerneville Bank Club will also continue to flourish and be here to welcome them as they arrive!