I am a local Russian River agent that has lived in this community and sold Russian River Real Estate for some time now and I have gotten to know some of the local people in Guerneville very well! Jackie Imiach own's Monte Rio Taxi here in the Russian River area. Jackie is a good friend and an amazing woman with a friendly vivacious personality and a knack for seeing the good in everything. Her mission is to get people where they are going safely and in a timely manner while creating a safe, positive atmosphere for her customers. 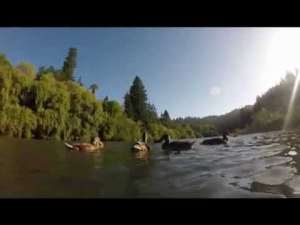 Recently Jackie invested in a new van that is in much better condition than the last one and is more in tune with the standards that she has set for her company! Now when you see Jackie driving through town she is doing it in style in a candy apple red van with brand new lettering! Monte Rio Taxi is the talk of the Russian River right now!

However that is not the only change Jackie has made recently! She has also hired on a wonderful driver by the name of Marlayna Ausick who enthusiastically remarked that Jackie's Cab company is awesome! "This is the best job I have ever had," she exclaimed when I asked her how she felt about driving for Monte Rio Taxi here on the Russian River.

Mother's Against Drunk Driving recently reported that "Every 53 minutes on average, someone is killed in a drunk driving crash (9,878 people in total in 2011). Every 90 seconds, someone is injured because of this entirely preventable crime." Jackie's Cab is a judgement free atmosphere where you can be sure that if you have been drinking that you are not going to end up hurting or killing yourself or someone else. She will make sure you get home safely and that you are not putting anyone else in danger by driving while intoxicated.

Women who walk alone at night increase the chance of getting attacked by a predator. The Russian River has its crime like every other town and city. To be on the safe side, taking Monte Rio Taxi will eliminate the danger of walking alone at night and give you a sense of security! Jackie is a wonderful woman who has your best interest at heart. She will make sure that you are safe and taken care of! She is very trustworthy and knows the area very well.

The fare is fair in my opinion! Jackie charges a base rate of three dollars to pick you up and an additional three dollars a mile after that. If you are intoxicated and get sick in the van there is a fifty dollar cleaning fee but that is rare. Mostly it is a pleasant trip with either Jackie or Marlayna to your destination!

So the next time you are out and about in the Russian River take the safe route and call Monte Rio Taxi at 707-849-6802! 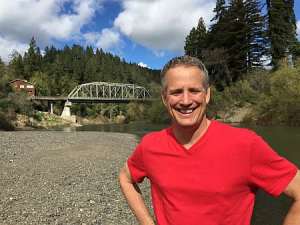 The town of Guerneville is known for how it binds together in a judgement free way to create a safe and accepting place for people to come. Many people will buy a Vacation Rental and visit during the summer and rent it out the rest of the year to other vacationers! Some invest in Russian River Real Estate in order to live here year round and are quickly accepted into the Guerneville community. If you have been thinking about buying a second home full of peace and tranquility away from the hustle and bustle of the city or are looking to invest in Russian River Real Estate call David R. Millar at 707-217-1786.